BATTLE'S OVER - A NATION'S TRIBUTE

On 11 November 2018 at Hessle Foreshore the town council are celebrating Battle's Over - A Nation's Tribute. Celebrations begin at the foreshore at 4:30pm with free entertainment in a marquee. Song, dance and drama presented by the History Troupe with be presented. This will be followed by a beacon lighting and poignant words from the East Riding of Yorkshire town crier, who's grandfather's name is listed as one of the fallen on Hessle's war memorial. He will be accompanied by students of Hessle High School when he reads a self penned poem as a tribute to the Hessle fallen. The History Troupe will then be presenting a play Run For The Line at Hessle town hall, 8pm, which tells the story of Jack Harrison VC MC from Hull.

MEMORIES ARE NOT MORTAL

We never met but I know of your strong character and loving ways,

which I think of when stood here alone. On the town memorial your

silent names appears alongside countless others. With pride, I say

out loud your name, adding the simple greeting of "hello".

whom did you die with?

The stone memorial stands solid and tall and upright, in the same

manner you once did. I liken the memorial to your flesh and bones

and the black paint of your printed name to your blood. Inanimately

you still live on.

Though its a century since you fell, I'm old enough to understand

your sacrifice in a pointless war and that it wasn't in vain, it would be

a betrayal to feel otherwise.

My children know of your strong character and loving ways, as will

their children too, so that in another hundred years from now you will

not be forgotten but still greeted with "hello". 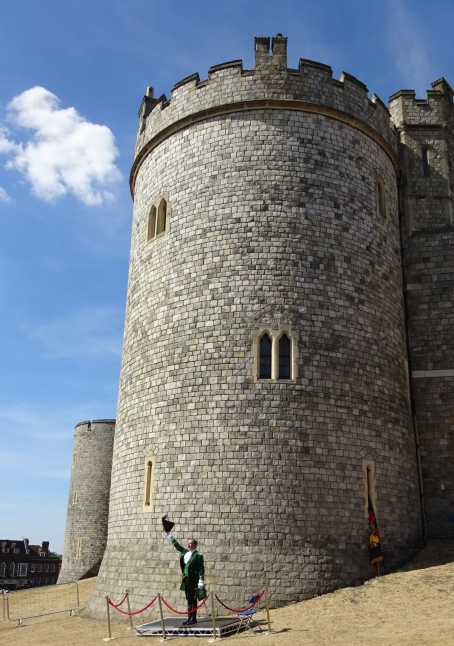 TELL US ALL ABOUT IT TOWN CRIER - MICHAEL WOOD

Doing the media rounds with Estuary TV. Interviewed by the erudite Hugh Riches for the evening news.

Great fun with great people at Estuary TV, who do a fabulous job reporting on local issues north and south of the Humber.

(It's not only Piers Morgan who gets to blow his own trumpet on live television.) 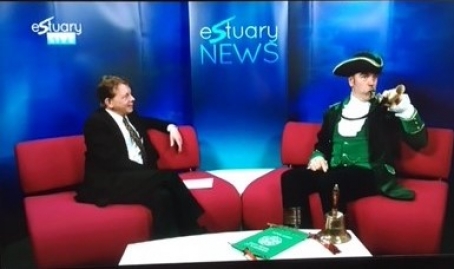 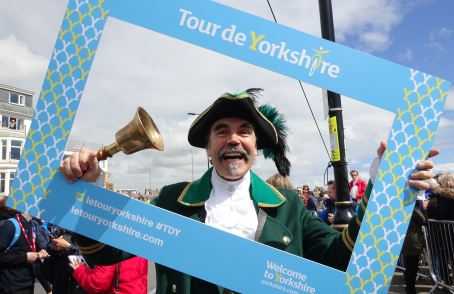 On Friday 15 December 2017, Burnsy on Radio Humberside featured a discussion as to why there is no end of year party celebrating City of Culture year 2017. I suggested that the whole year has been one long party and we should really wait until just before New Years eve 2020 before doing so, when our four year reign will be over.

I also suggested to Burnsy that if we have no end of year party, then let's have an end of year proclamation reminding ourselves what we have experienced and enjoyed. Below is my offering in the form of a poem that is 365 words long (one word for each day of the year.)  For its title what else could it be called other than... WE ARE HULL

A helluva hullabaloo it has so far been

The first year’s nearly over, "WOW" we’ve said a plenty

in three years time we can party like its 2020,

For now let us remember all that we’ve enjoyed

The year began with joyful tears in Queen Victoria Square

a film to show us who we are – but notably who we were,

Siemens gave a salute there, to this city of three crowns

with barmy brilliant BLADE, that brought both smiles and frowns.

flew in a flying machine, called Jason, a Gypsy Moth,

a replica was produced, Paragon Station is its base,

will it stay or will it go, you’ll have to watch this space.

The making of Hull Minster, an LGBT celebration,

so much fun to enjoy, except Hull City’s relegation.

“Everyone back to ours”, the posters had all trilled

City of Culture Team, your motto was fulfilled,

And the gig to end all gigs, that maybe out-gigged them all

The photo of the year that surely beat the rest…

the Queen’s royal wave to Hull dressed in her Sunday best.

Turner Prize is it genius, or is someone having a laugh?

they would have changed their mind seeing Land of Green Ginger,

Ditto watching The Hypocrite, at the renowned Hull Truck,

We’ve shouted up our city of Kingston upon Hull

Radio Humberside too, have also without fail,

together with Hull people and especially The Volunteers

made Hull so justly proud, which deserves a loud three cheers…